In The Footsteps of Virginia Woolf 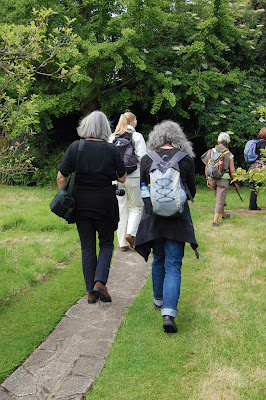 On Saturday 13th June I walked 8 miles from Monk’s House in Rodmell (Virginia and Leonard Woolf’s country house) to Charleston (Vanessa Bell’s country house that she shared with Clive Bell and Duncan Grant!) via Firle Place, as part of the guided walk ‘In The Footsteps of Virginia Woolf’, organised by The Charleston Trust. The walk was led by two artists, Judith Stewart and Christine Arnold who were interested in the effect walking has on the creative process as well as what inspiration they might get from talking to all of the people who had signed up to do the walk.

At 10.30 we all gathered at Monk’s House with just enough time to have a quick wander about the garden. The last time I had visited was in September when many of the plants were past their best, but this time it really was in full bloom and very impressive. 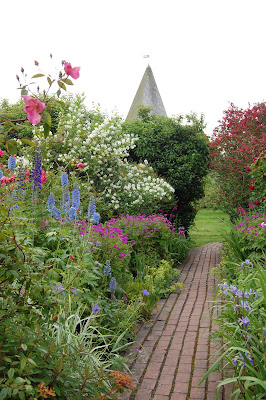 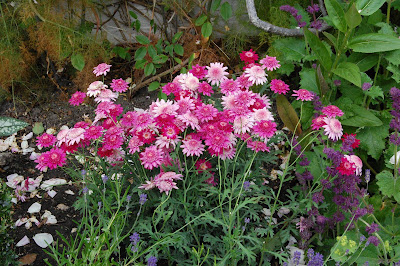 We were briefed on the itinerary for the day and after having given our order for lunch we left Monks House and wound our way down to the river, over the railway at Southease, before beginning our climb up the South Downs. The hill was steeper than it looked and it just seemed to keep on going. It was fascinating to see the way the trees have grown at an angel as they are battered by the wind. 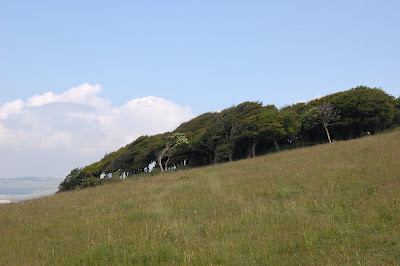 At the stop of the hill we stopped for a very welcome breather. Looking around, I could see all the way back down the hill to Rodmell, and in the other direction Newhaven was in the distance. 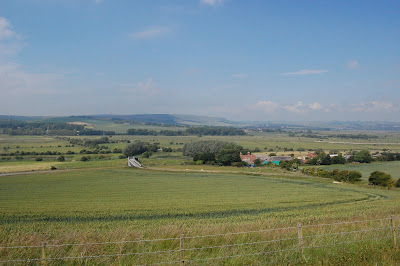 Five minutes later we set off again and wound our way across the top of the Downs until Firle was in the distance, before descending a very steep hill that was almost as difficult to walk down as the other side had been to walk up. At the bottom of the hill was the very picturesque village of Firle, which we were told is mostly still owned by Lord Gage and his family. It looks like quite an idyllic place to live, with beautiful houses and equally beautiful gardens to match. 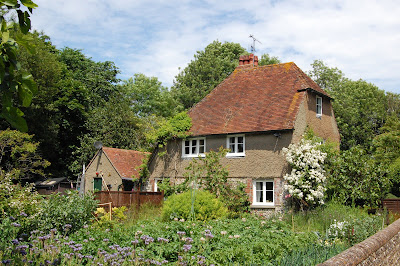 The lane we were walking along wound around a corner and I thought we were about to stop for lunch, but when we rounded the corner the vast estate of Firle place came into view and we had a short walk across a field of sheep before we stopped for lunch. 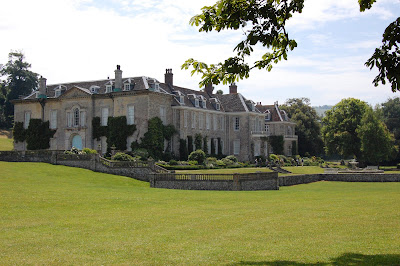 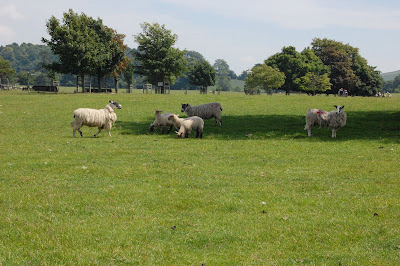 Firle place was quite a spot to stop for lunch and I think we all would like to have imagined that we lived there and could eat lunch like that everyday. It really is quite a magnificent setting. It is normally open to the public but on this occasion it was shut, much to the disappointment of two weary walkers who had seen us tucking into our lunch and were hoping to get something similar. 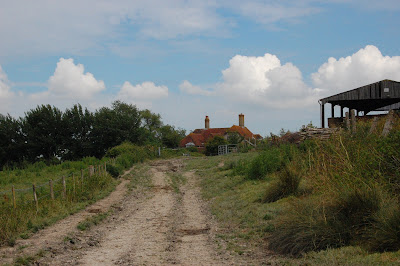 With the prospect of a cream tea when we got to Charleston we all set off again, across the estate and over a few fields until we had finally made it, a little sun burnt and with aching feet but all in one piece. By the time we had got to Charleston we were all ready for a cup of tea, a scone with cream and jam, and most of all a sit down. 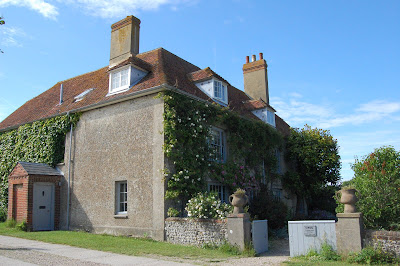 I can’t quite believe that Virginia Woolf used to do this walk regularly, as it was really quite strenuous. I suppose I have read so much about how her illness affected her physically that I assumed that she was not very strong, but I think actually Quentin Bell mentions her walking a lot in his biography, as well as her father’s exploring nature, so she was perhaps more of an outdoor type than I imagined. I really enjoyed imagining Virginia doing this walk, in an old coat and a large hat, striding out across the downs. I had brought a copy of her diary from 1919 with me, so whilst we stopped at the top of the Downs I took the time to read a couple of passages about the Woolf’s move to Sussex, buying Monk’s House and visiting Vanessa at Charleston

At the start of the walk Judith and Christine had said that their interests lay in the thought process that occurs when you walk and the conversations that you can have with the people you are walking with. All sorts of people came on the walk, most people were local, some like me were from farther a field and there were different levels of interest in Virginia Woolf, Vanessa Bell and ‘Bloomsbury’. It was really interesting to hear different peoples reasons for coming and to share the experience of walking together. I am by no means an artist but I am a keen photographer and so with the idea of walking inspiring the creative process I did try to take some photos that I felt summed up the walk and these are my efforts… 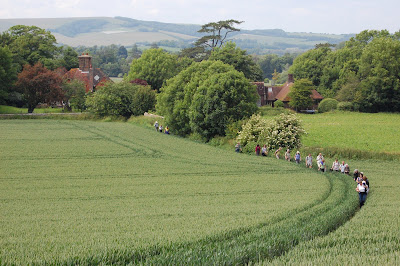 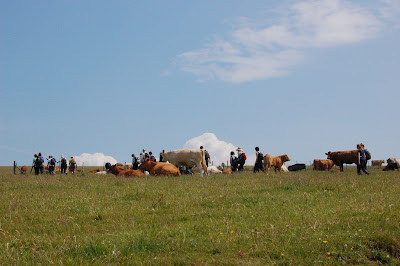 I had a good conversation with Judith about Virginia Woolf and walking, and was able to talk about ‘The Journal of Mistress Joan Martyn’ as Judith has also done some work on 15th? Century women very much like the women mentioned in the story. Interestingly she also hails from Norfolk.

I was also interested in the walk from the perspective of reading Virginia Woolf’s work in context with the places that she lived, and so visiting Monk’s House and Charleston is a way of experiencing a little of what her life might have been like. They are both also wonderfully inspiring places in themselves and I don’t think I could ever tire of visiting them.
Posted by Flo at 22:33 12 comments: